How to Successfully Do Psychometry

Psychometry Can Hold the Keys to Important Events

What Psychometry Is and How to Do It

Learn how to do Psychometry now!

Psychometry, also known as Clairtangency, is a form of divination practiced since the time of the ancient Egyptians and perhaps even before. The Greeks practiced Psychometry, and so did the Romans.

Doing Psychometry is a fascinating and rewarding ability. Here you’ll learn how to successfully obtain information about objects psychically that belong or once belonged to others. Moreover, to psychometrize an object is to hold it and, from its vibrations, sense a part or the whole of the object’s history.

Things Give Off Psychic Emanations

Where Does the Word Psychometry Come From?

Interestingly, the word Psychometry stems from the Greek words for “spirit, soul” and, metron, “measure.” In fact, the classical Greeks often used psychometry for prophesying events by gazing into the innards of animals.

It was Joseph Rodes Buchanan, in 1842, who coined the word ‘psychometry.’ Buchanan posed the theory that everyone leaves a vibration or trace resonance of themselves on the objects they own and handle.

A Well-known Psychic Investigator of his day, Hereward Carrington (October 1880 – 26 December 1958), was fascinated by people who did Psychometry. So much so, he decided to test the abilities of a friend’s wife, who was allegedly a gifted psychometrist.

With her eyes closed, Hereward handed her a specimen from a carboniferous formation, from the period of the Paleozoic, about 541 million years ago. Then, she immediately began to talk. She described weird, mysterious swamps, trees with tufted heads, and great frog-like creatures.

He then handed her lava from a Hawaiian volcanic eruption. Again, not knowing what she was holding, she described a ”boiling ocean” and a cascade of golden lava with a trail of sparks.

Hereward, surprised, was now convinced that Psychometry was an authentic and useful ability.

Surprisingly, Psychometry is used in psychic archaeology and psychic criminology. For example, a psychometrist holds the picture of a missing person and can reveal what happened to that person. In fact, they may even describe the last moments of a victim’s death.

Without a doubt, amazing cases are documented where a psychometrist helped solve a crime.

Psychometry Has Many Uses

It follows that not all uses of Psychometry have to do with a grim crime or major catastrophe. To continue, common everyday objects which were once beloved and constantly worn by a person, give off a great deal of information regarding them. Significantly, it’s as if the thoughts and emotions are encapsulated in the object.

As mentioned, individuals might bring in rings, earrings, watches, and even articles of clothing for a psychic to get trace psychic impressions.

Not only that, but many psychometrists will place their hand on an object like a wall, stone fence, and similar things to gain information, and perhaps go back in time to understand its history and what has occurred at that area.

Learn How to Do Psychometry

Almost anyone can do Psychometry. Indeed, it just takes some practice and not becoming discouraged if nothing comes in right away. Most importantly, just stay with it and you’ll soon find that you’re becoming very proficient at doing Psychometry in readings.

Significantly, numerous Psychics and Mediums use Psychometry at the beginning of their readings. Also, it’s a great way to make a connection with the Sitter — the person getting the reading.

How to Do Psychometry Starting Point

People who practice Psychometry hold objects in the palm of their hand (usually smaller objects) or place their hand on an object and begin to glean information from it.

The energy contained within and around an object is called, a “force field imprint.” This is also termed, psychic trace. Significantly, this happens when an individual experiences extreme emotional stress and instills a strong emotionally imprint into an object they’re carrying or wearing.

These imprints may reveal themselves to an adept psychometrist as a series of pictures, short video clips, or the intense emotions felt by the owner when in possession of it.

Would you like to learn how to do Psychometry?

The more you practice Psychometry, the better you’ll become at gathering accurate impressions.

Why so? Because gathering information about an object’s history is useful to historians, archeologists, collectors, and even family members of deceased relatives. and beloved pets.

Understandably, information collected through Psychometry is only be theoretical as there’s no way of proving it. That is, unless it can be accurately linked to scientific data, such as radio-carbon testing. Nonetheless, give Psychometry a try and become a time traveler yourself!

OUR PATHWAYS: PSYCHIC-CLAIRVOYANCE COURSE BELOW PROVIDES MORE INSIGHTS INTO PSYCHOMETRY. 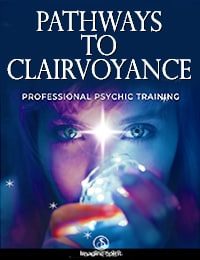 1 thought on “How to Successfully Do Psychometry”