What is the Etheric Body?

Learn Why Our Etheric Body is Essential to Life

The Etheric Body is the First of the Subtle Bodies

What is the Etheric Body? The Etheric Body explained describes an unseen body that we all have. Read what the etheric body is, and additionally, how it helps us to cross over to the other side at death.

Principally, the Etheric Body (pronounced ēther) is the subtle body closest to the Physical Body. It’s the first of the seven subtle bodies starting from the bottom. Perhaps you’re interested in viewing and understanding the human aura. If so, the Etheric Body is crucial to know about as it impacts much of how we operate on a physical level.

Additionally, you’ll learn that the Etheric Body leaves our Physical Body at death. At that time, our consciousness moves into the astral body and then makes the transition to the Plane of Spirits, also known as heaven or “Summerland.”

It’s a Hierarchy of Energy

What Exactly are Subtle Bodies?

Subtle bodies are layers of energy vibrating at sequential frequencies. Although these layers interpenetrate one another, each one is distinct from the others due to its specific vibrational frequency.

Definition of the Etheric Body:

The etheric body, ether-body, æther body are names given by neo-Theosophy explaining a vital body,  better known as a subtle body. In esoteric philosophies, it’s the first or lowest layer in the human energy field or aura. It’s always in immediate contact with the Physical Body to sustain it and connect it with the higher subtle bodies.

I Usually Start Each Psychic Development Class with this…

When I teach Psychic classes, somewhere in the introduction I ask the question, “Are you aware that you have several bodies?” This immediately grabs everyone’s attention.

As mentioned, amazingly, humans indeed possess more than just a Physical Body. Incredibly, we have seven other bodies called subtle bodies. These subtle body layers of energy inter-penetrate one another to comprise our total energy system.

The Subtle Bodies Are a Natural Part of Our Being

With this in mind, think of your subtle bodies as various layers of vibrating energy. Adding to this, the layers make up the totality of the human energy system. Correspondingly, along with your chakra system, your subtle bodies and additional energy points create an interconnected field of energy that permeates and surrounds the Physical Body. This energy field creates the human aura.

Be Grateful for the Chakras

To further explain, each of your subtle bodies interpenetrates the Physical Body connected to a whirling energy point called a chakra. The chakras direct the energy throughout your Physical Body via a meridian system, much like the circulation system for our blood. Indeed, without these ever-spinning vortexes of energy, we humans would essentially be two-dimensional and live a minimal existence.

Back to the Etheric Body

Significantly, the first of the subtle bodies is the Etheric Body. Notably, “Etheric” comes from the word Ether, which means “the state between energy and matter.” In particular. the Etheric Body is considered a vehicle for Prana, life force energy absorbed from the sun’s rays, which keeps us alive.

The Etheric Body is composed of tiny energy lines likened to a sparkling web of light beams. These beams are similar to the lines on a TV screen.

The web-like structure of the Etheric Body is in continual motion. Those trained to view the Etheric Body with their physical eyes can see sparkles of bluish light moving along its energy lines.

Everything that Exists Has an Etheric Counterpart

Everything that exists in our earthly dimensional plane has its own subtle corresponding Etheric Body counterpart.

With this in mind, envision the human etheric body as a constant vibrating web of energy from which our energetic blueprint forms. It vibrates at a slightly higher frequency than the Physical Body. Therefore, it’s not ordinarily perceived by the physical eyes. However, there are exceptions, which you’ll read about below.

Of vital importance, this subtle body, which carries our strength, is ultimately essential for our well-being. But, more interestingly, when impacted by shock, trauma, and extensive drug use as well as unresolved issues, the Etheric Body becomes damaged, and thus, so do our levels of vitality.

Is the Etheric Body Actually the Astral Body?

According to some, the Astral Body is an energetic body closely associated with the Etheric Body. Some individuals even claim that the astral body IS the etheric body! However, this is not the case. I can see why this might happen. The Etheric and Astral bodies play a huge part in how we leave our Physical Body at death and make the transition to the Plane of Spirits. Just know that the Etheric Body stands on its own and is the base subtle body of the seven subtle bodies.

The Discovery of the Etheric Body:

No one had heard of the etheric body until C. W. Leadbeater, early theosophist (see below), claimed to have discovered it through his clairvoyant powers sometime around the early 1900s.

Leadbeater and Annie Besant then altered the existing description and definition of the astral body to fit the “newly discovered” Etheric Body into the details of man’s inner constitution.

More specifically, at the same time, they altered the definition and details of all the other human components, resulting in terrible confusion for many individuals studying the human aura ever since.

As mentioned previously, the Etheric subtle body serves as the blueprint for the Physical Body, meaning it provides the physical form and framework for our Physical Body.

Again, the Etheric Body is the only subtle body viewable with the physical eyes.

As seen, the Etheric Body radiates whitish-blue energy that appears as a tiny pulsating spike of energy surrounding the human form by those trained in viewing the Aura, such as clairvoyants and energy healers. The energy spikes flare outwards, and just as quickly contract as individuals undergo various emotions.

How Some People See the Etheric Body

In particular, some people can naturally see the Etheric Body Aura around a Physical Body. Individuals that can see this faint Aura aren’t aware they see something unusual. To them, it’s so natural; they may think that everyone can see it. Markedly, through *Kirlian photography, the Etheric Body is made evident. The Etheric Body’s field extends from 1/4 inch to 1 inch beyond the skin’s surface. It’s estimated that the Etheric Body pulsates at about 15-20 cycles per minute. And, as mentioned, this radiant energy increases and decreases in size, and when observed, will periodically flare outwards in response to continual changes in thoughts and emotions.

The Phenomena of Phantom Limbs

Surprisingly, individuals who’ve lost a limb sometimes complain that they can feel pain at the extremities where the appendage once existed. This phenomenon occurs because the etheric part of the appendage stays with the physical body. And, under certain conditions of stimulus, people claim that feeling sensations happen where the missing limb once was.

The Etheric Body and Reincarnation

Incredibly, a series of photo images taken by Hereward Carrington and John R. Meader, and included in their book, Death: Its Causes and Phenomenon, 1912, clearly demonstrates this. In the first experiment of its kind, Madam Baraduc granted the macabre permission to be photographed at death and in the hours afterward for the sake of science.

More impressive, Carrington and Meader set up a camera and took successive images of Madam Baraduc after her immediate passing. Incredibly, the images show a whitish substance leaving her Physical Body and hovering for several hours over Madam Baraduc before entirely disappearing.

(The complete series of images is in the book by Susan J. Blackmore, Beyond the Body, 1992)

The Etheric Body has been captured on photographic plates called *Kirlian Photography (Kirlian photography: a technique for capturing photographic images of corona discharges and hence, the auras of living things.) It’s the first subtle body contained within our auric field and is one step up from the Physical Body. Ultimately, the Etheric Body impacts our lives and allows us to exist through the functioning of the chakras. More importantly, this body moves us to the astral plane upon death. 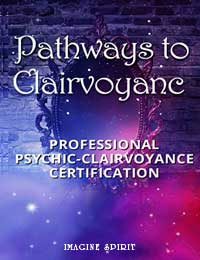 3 thoughts on “What is the Etheric Body?”