What the Heck Is Metaphysics?

Stumped by the Word Metaphysics?

Metaphysics is the study of spiritual philosophy and psychic phenomenon considered to be on the fringe of conventional science. ESP, Clairvoyance, and Telekinesis are frequently relegated to the shadows of mainstream belief systems. Interestingly, regardless of countless mentions throughout the ages, these kinds of phenomena struggle to be recognized as being real.

Some Believe that Metaphysics Is Downright Spooky

Over the years I’ve taught many spiritually-based courses and sometimes I’m asked what the word metaphysics means.

The first time I was first asked about the meaning of metaphysics, I had to stop and think. I’ve considered myself a metaphysician for decades. In my mind, I thought I knew what this meant. However, I never put a description into words.

Simply put, metaphysics is a philosophical discipline that explores the nature of reality. Additionally, Metaphysics is broad term that encompasses many ideas, thoughts, and beliefs.

Traditionally, the word Metaphysics originated in Ancient Greece, as a combination of two root words – Meta, meaning over and beyond – and physics. Thus we arrive at the word metaphysics which is the blending of the two terms.

First off, let’s consider the idea of Akashic Records. One of the first individuals to bring the Akashic Records to mainstream awareness was trance channel, Edgar Cayce.

Amazingly, after years of successfully providing medical diagnostician while in a deep state of trance, Cayce started giving Life Readings. Moreover, while in deep trance and unaware of what he was saying, Cayce channeled information about individuals’ past lives. Additionally he provided reasons for them being born in this particular life.

Eventually, perplexed and not knowing how he came by this information, Cayce was told by his Spirit Guides that the material came directly from the records which Cayce unwittingly had direct access to.

(Importantly, Akashic Records are thought to hold, in totality, a souls’s life records. Specifically, these records exist in another dimensional plane.)

Therefore, the idea of Akashic Records is a metaphysical concept. 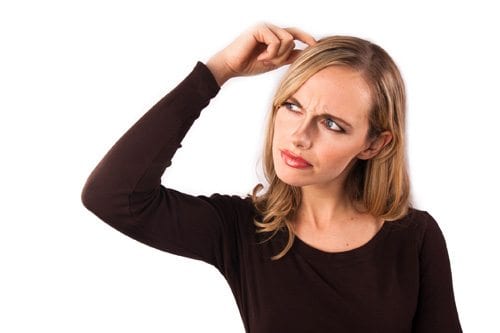 Not surprisingly, when some individuals in mainstream society hear the word metaphysics, they dismiss it as a strange and irrelevant bunch of mumbo jumbo. Often, a picture comes to mind of that weird New Age Section in the bookstore hidden far in the corner frequented by flaky people.

Specifically, anytime I’m in a bookstore or library, I usually make a beeline for the Metaphysical, or “New Age”, section first looking for anything new. If I can’t find the Metaphysics section right away, I know that it’s next to the section on “Religion.”

While browsing in the metaphysical section of a bookstore one day, the lady next to me shyly said, “So, you’re metaphysical too?” It’s as if she found a rare kindred spirit. I know the feeling.

What Is a Metaphysician?

In formal terms, a Metaphysician is considered a philosopher whose area of study is metaphysics: the study of the fundamental nature of reality and existence itself. ‘Meta-‘ means beyond or transcending; so meta-physical means that which lies beyond, underlies or transcends the physical realm/world/reality. Studies and beliefs can be philosophical or spiritual in nature.

While each of these categories touches on certain aspects of metaphysics, it cannot be said that they can provide an inclusive definition of the word. Metaphysics is a much broader concept and includes a lot more in its totality as you will learn next.

Metaphysics Asks Who Are We?

As mentioned, metaphysics is a branch of philosophy investigating the fundamental nature of being and the world it encompasses. Topics of metaphysical investigation might include questions about our existence, objects and their properties, space and time, cause and effect, and potentialities.

Metaphysics, like many other fields of thought inquiry, contains some sub-categories, variations, and alternative interpretations. These subsets of the discipline arise naturally as time goes on, giving the entirety of the field many multifaceted and nuanced characteristics.

How the Term Metaphysics Originated

Metaphysics is Not Hard Science

Some individuals believe metaphysics is a part of the hard sciences, but this is not correct. While the ideas of metaphysics have driven many scientific investigations and theoretical pondering into the unknown, metaphysics is not considered a separate, quantitative “science.” However, numerous foundational questions about metaphysics have indeed served as a speculative platform for the development of modern scientific inquiry and advancement. In fact, many sciences today originated with the thought of how and why things exist and work. If these ideas were never hypothetically pursued, we might still be living in the dark ages.

Like many other fields of inquiry, metaphysics holds some sub-categories and variations. These subsets have surfaced naturally over time, giving the entirety of the field many multifaceted and additional characteristics. The three major categories are described below: academic, popular modern, and pure and applied metaphysics.

Is Everyone a Metaphysician of Sorts?

At some time or another in our lives, we all tend to reflect on issues that touch on metaphysics. Whether we’re  aware of the fact that we are touching in with metaphysical philosophical ideas to some small degree is doubtful.

Nevertheless, the reality is that most intelligent humans at some time or another wonder about their role in this world and the universe that surrounds us, says that the idea of metaphysics isn’t as foreboding or weird as it sounds.

The Best Way to Ask Angels for Help