Defining Clairvoyance Once and For All

What exactly is Clairvoyance? Simply put, Clairvoyance is the best-known of all the psychic sense that enables individuals to perceive ​situations, people, ​objects​,​ and more ​– often​ at a distance. How? By utilizing their inner mind vision​ with an ability commonly called Clairvoyance or clear-seeing.​

To further explain, Clairvoyance allows the viewer to see things with full perspective. This includes the past, present, and future potentialities.

The Three Categories of Clairvoyance

Furthermore, as mentioned in previous posts, Clairvoyance can be voluntary and involuntary.

When used correctly, Clairvoyant events occur when the mind is clear of clutter, and inner vision kicks in to pierce other realities.

Clairvoyance Is Directly Related to the Third Eye

Specifically, this area of our forehead is the seat of mystical perceptual powers.

In the first place, in New Age spirituality, the third eye symbolizes a state of enlightenment. Secondly, the third eye opens the ability to evoke mental images that have profound psychological significance. Thirdly, Clairvoyance is often associated with out of body experiences and religious visions.

Importantly, our psychic center of clairvoyance is a natural inborn ability. More importantly, almost anyone can develop and enhance it to supra-sensory levels. In fact, it’s the most commonly used psychic sense.

Ultimately, it’s believed that the third eye is the seat of intuition, which is our window to higher dimensions.

We’re all born with extraordinary psychic abilities, and they manifest in different ways for each of us. If your “knowing” enables you to see visions, shadows of future events, spirits or signs, then it’s likely that you’re clairvoyant.

More on the Third Eye

There are certain vital glands responsible for third eye clairvoyant abilities, and these are the Pineal and Pituitary Glands. The pineal gland is located in the geometric center of the brain. The pituitary gland is located just behind the eyes. While the physiological function of this gland has been a mystery to modern science, mystical traditions have long understood that the pineal gland is the connecting link between the physical and spiritual worlds. Any person that has worked assiduously on developing their third eye potential can rightly be called Clairvoyant.

Where Physical Sensations of Clairvoyance Are Felt

Most of the time, our internal visual viewing happens in the frontal lobe area. Various sensations are felt at the back and top of the head as well as a tightening or pressure sensation across the forehead when using Clairvoyance. These sensations occur due to the quickening of specific glands in the head. You’ll learn more about these glands below.

When the third eye, or 6th Chakra, is open and in balance, a person is incredibly intuitive, alert, and conscious of other realms and entities.

When the third eye is closed or blocked, a person feels isolated and prone to sarcasm and skepticism.

Feeling removed from reality, characteristics of inflexibility, confusion, or even depression occur. Therefore, maintaining balance in the third eye is essential. It is your spiritual doorway into the infinite wisdom of the universe and helpful entities from the Spiritual realms.

Throughout history and in most cultures, there’ve been historical claims of clairvoyant abilities. In ancient Egyptian healing temples, highly trained young women called “looking girls” used their Clairvoyant faculty to gaze into the innards of a patient’s body. From this, they diagnosed existent and potential conditions and then alerted the temple priests of what they’d detected. Then, the priests did whatever ritual was called for to heal the patient of their ills allegedly.

The most famous Clairvoyant we think of today was Michel de Nostredame (December 1503 – July 1566).  Nostredame or more commonly spelled, Nostradamus, is credited with apparent successful predictions of numerous events in world history. These include the French Revolution, the rise of Adolf Hitler, the atom bomb, and some say the September 11, 2001, attack on the World Trade Center in the U.S.

Starting in the 1700s, researchers and healers often used hypnosis, a deep somnambulistic state of trance, with their subjects to test their clairvoyant abilities. 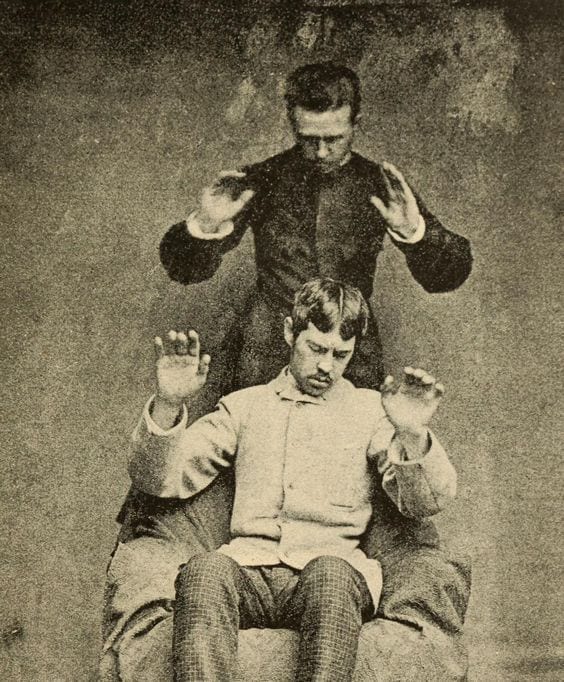 To the astonishment of everyone, while in a trance state, Race underwent a complete personality change. From being the simple-minded peasant, Race was now fluent, knowledgeable, and articulate. He also and provided diagnoses and suggested prescriptions for his own disease as well as cures for others. Sadly, when Race was brought out of trance, he fell back to his slow-witted self.

Note: If all this sounds familiar, it is! This is exactly what Edgar Cayce accomplished a century later. It seems Cayce was not the first documented instance of someone diagnosing their own medical ailment and the ailments of others while in trance.

Clairvoyance was a reported ability of some mediums during the spiritualist period of the late 19th and early 20th centuries, and psychics of many descriptions have claimed clairvoyant ability up to the present day.

Today the label of “Clairvoyant” is still regarded suspiciously and is sometimes associated with shammy fortune-tellers. It’s taken many dedicated lightworkers and honorable psychics, to raise the term Clairvoyant, out of something previously looked down upon, into being viewed at as an accepted profession.

Are you clairvoyant? Want to be a better one? Check out a few excellent clairvoyance developmental exercises!

*Franz Mesmer (1734 – 1815), German doctor famous for theorizing that there was a natural energy transference that occurred between all animated and inanimate objects that he called animal magnetism, sometimes later referred to as mesmerism.

Hi! I’m Carol Nicholson and I hope you enjoyed this post!  Don’t forget to subscribe so you won’t miss out on my most recent posts and announcements of new courses!

What Is Psychic Clairaudience Hearing?

How to Do Amazing Psychometry that Works

How to Rocket Your Psychic Abilities