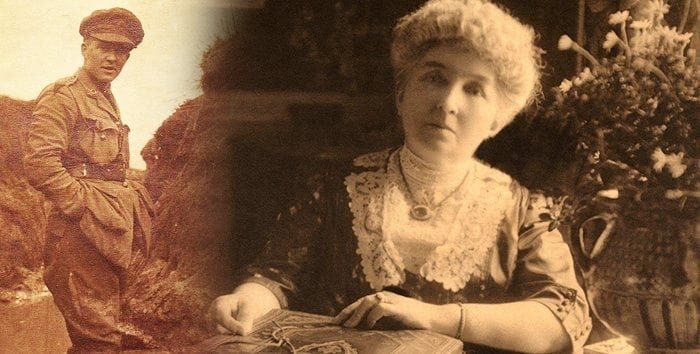 You Suddenly See a Loved One Far Removed Standing Before You

What are crisis apparitions? You may be surprised to find out.

When Nina De Santo was about to close her New Jersey hair salon one Saturday night, she saw her friend Michael standing outside the shop’s glass front door. Upon opening the door, she saw that Michael was smiling.

“Nina, I can’t stay long,” he said, pausing in the doorway. “I just wanted to stop by and say thank you for everything.”

Then Michael left, and De Santo went home. On Sunday, she received a shocking call from her salon employee. Michael’s body was found the previous morning – at least nine hours before she talked to him at her shop. He had committed suicide. Michael’s body had been discovered by his cousin around 11am Saturday morning. Michael was slumped over his kitchen table, dead from a self-inflicted gunshot. If Michael was dead, who, or what, did she talk to that night?

Crisis Apparitions Are Nothing New

There’s a long history of the phenomenon of loved ones appearing to relatives at the time of death or in a crisis. Interestingly, this kind of phenomenon has been reported by individuals around the globe and in every culture. Thus, the term crisis apparition. The specters are visions of individuals who, at the time of manifesting, are undergoing some form of trauma.

Are Crisis Apparitions a Ghost?

Not surprisingly, some individuals often mistake a crisis apparition for a ghost. In their minds, if it wasn’t a ghost, then what exactly did they see? To answer this question, these kinds of apparitions are not ghosts in the usual sense.

In the majority of incidents, the apparition is of someone who has just died. This situation can also hold true for individuals that have been murdered.

The spirit making an appearance is usually seen only once as if to announce their death. To add to this, the figure may not speak, but wears an expression that conveys a deep emotional message such as, “I love you. Don’t grieve for me.”

It’s the Person In Crisis that Creates the Apparition

Curiously, Crisis Apparitions seem to occur when someone, in a split second of time, believes they will undoubtedly die in that instant. The urgency and sadness of their impending death may project an image of themselves to someone close– like a mother or significant other. In other cases, a severe accident that has snuffed an individual out of existence accounts for many reports of the spirit of the deceased, seen at that exact moment.

Interestingly, crisis apparitions usually appear full-sized, solid looking, and are often surrounded by a surreal glow. The theory behind this phenomenon is that someone who is either ill or dying unconsciously transmits a telepathic image of themselves to a loved one or friend. In some cases, that the person has a serene quality about them as if to say, “I’m okay. Don’t worry about me.”  They are visible for several seconds and then disappear leaving the recipient of the visitation in shock.

Crisis apparitions are common in wartime. There have been many reported accounts of dead soldiers appearing to a loved one. The “receiver” of the phantom figure
often recall that they witnessed the apparition the same day a death notification telegram arrived.

For some, the visit whether a mother, brother, father, etc., somehow instantly realize that their relation has died and prepare themselves for the bad news even before it arrives.

The Day Mrs. Church saw the “Ghost” of Her Brother

In 1960-1961 Mr. and Mrs. John Church were stationed in Asia on a US government assignment. They decided to spend some vacation time in India, and it was there while in New Delhi, staying at the old Imperial Hotel that Mrs. Church related the following experience:

“One night I awoke from a sound sleep on hearing my brother, David, call my name. At the time he was living in Goshen, New York, where he operated a charter air service. Opening my eyes, I found him standing a few feet away, near the coffee table. There was enough light so that I could see him quite distinctly, and I noted that I could see he was wearing his pilot’s uniform. His face was blank, lacking any features.

Checking to make sure I was awake and not dreaming, I pinched myself, identified my surroundings, and touched my husband at my side. All the time I stared at my brother; there was no doubt about it – he was there in the room. I was shaken but not frightened, and I wondered whether to speak. After a moment or two his figure wavered, and then it slowly dissolved into vapor, from the head downward, until it finally vanished.

The Wait Was an Uneasy One

For the next several weeks we waited uneasily for mail from my family; happily, there was no bad news. Upon my return to the States a year later, I related my experience to my brother.

He recalled a terrifying flight the previous year when he thought he was going to die; both engines of his twin-engine aircraft had failed, but as the plane plunged, one engine miraculously started up again.

Although we were unable to synchronize the two experiences directly, we found they had occurred very close in time.”

The story goes that a lady called Mrs. Paquet whose brother worked on a tugboat in Chicago’s harbor, awoke one morning in a very depressed mood. She could not seem to shake the feeling. Having gone into the kitchen for some tea, she turned around to see her brother Edmund standing a few feet away from her with his back turned. She reported:

‘“The apparition stood with his back toward me and was in the act of falling forward — away from me — seemingly impelled by two loops or a loop of rope drawing against his legs. The vision lasted but a moment, disappearing over a low railing but was very distinct.  I dropped the tea, clasped my hands to my face, and exclaimed.  “my god! Ed is drowned.”

Soon after this Mrs. Paquet received the tragic news that her brother had indeed fallen overboard and drowned, exactly as she had seen it happen. Yet, the event had actually occurred about six hours before her vision.

Experiencing a crisis apparition occurrence may be so upsetting; it could impact how you see the world for the rest of your life. Try to find comfort in the fact that your loved one or friend reached out to you at the time of their death or during a traumatic event.

If you have experienced a crisis apparition, let me know in the comments below. Please keep the comment short.

Wanna read all about ghosts? Get Carol’s book, “Ghosts, Hauntings, and Other Things Supernatural.” Interested in hunting ghosts for yourself?  Try our Ghost Hunter PRO Course! See below.

2 thoughts on “What Are Crisis Apparitions?”