Best Use of Clairsentience Abilities 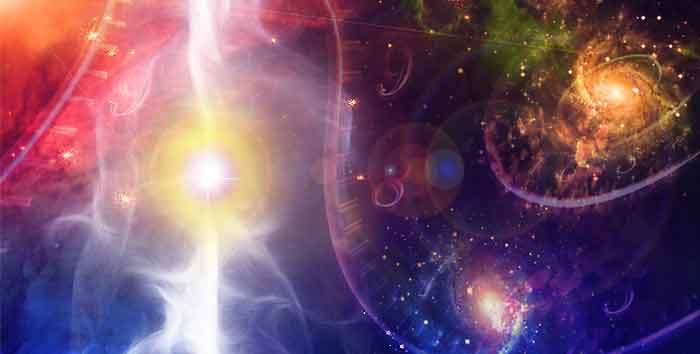 How to Use Clairsentience Abilities in Psychic & Mediumship Readings

Learn the best use of clairsentient abilities. Also, learn how to access your powerful feeling sixth sense for doing incredible Mediumship and Psychic readings.

Firstly, What is Clairsentience?

Specifically, clairsentience is the ability to feel and perceive things that are not ordinarily seen. In short, it’s a sixth sense psychic ability that involves feeling or sensing energies in things and other people thus gaining psychic insights.

Where Clairsentience Psychic Sensing is Located

Clairsentience abilities emanate from the Third, or Solar Plexus Chakra. This vital energy center is how we experience events such as intuition. Clairsentience is like a meter that indicates what kind of situation we’re in or even more vital encounters that may well impact our life either positively or negatively.

Not only do we receive sensory indicators through clairsentience abilities, but we may receive clairaudient (psychic hearing) and clairvoyant (psychic-seeing) impressions as well. Clairsentience allows us to perceive things out of the range of ordinary perception. Particularly, it may come as an instant flash of an “aha” moment. Or a bad vibe about a person, place, or event.

More specifically, Clairsentience abilities, or psychic feeling, is the one extrasensory channel that is most often linked to a physical sensation. It may be a sensation of fear causing butterflies in the stomach area or tension or feelings of anger.

Principally, the focal point of clairsentience sensations is in the abdomen from the diaphragm’s top to just below the navel, the solar plexus area. Considering this, the solar plexus is the “master antenna” for psychic feeling. Like a spider’s web, numerous nerve networks are located there like a latticework of fine wires.

As mentioned, Clairsentience is associated with the third of the seven chakras in our body’s energy system. According to esoteric Eastern beliefs, it’s interesting to note that the solar plexus area is the energy center that’s most closely linked with creativity and emotions. This is somewhat different from the belief that it’s the second chakra that holds our sense for creativity.

Clairsentience Is Our Psychic Antenna

Our psychic antenna of clairsentience continually scans our environment for what is actually going on. To illustrate this, recall when you entered a room where a disagreement has just taken place. Somehow you know something negative has occurred. Why? Because your psychic sensing picks up on the residue of negative energy produced by the quarrel. Conversely, if a happy event just happened, you can pick up on the light-hearted vibrations.

Best Use of Clairsentience Abilities Sensations

Not surprisingly, people experience clairsentience daily in their lives. In some cases, many are not even aware of their clairsentience in action. Incredibly, they may be so used to the feelings that it doesn’t register in the mind that the psychic sense of clairsentience is signaling something vital.

One way to pay attention to your clairsentience is to take a daily check of your sensations and feelings. Focus on your solar plexus area and determine if something out of the norm is going on.

Case in point, I vividly remember a day that while driving on the freeway, a terrible feeling suddenly overcame me that something terrible was about to happen. Because of this, I instinctively slowed down and moved to the far-right lane. Immediately after doing this, a tire blew, and I was forced to the side of the road.

Frightening to me was if I had been in the fast left lane, I might not have been able to move off to the side safely. I shudder to think of what might have happened if I’d stayed in the left lane, as there would have been no place to pull over.

A by-product of clairsentience is clair-tangency, also known as Psychometry. Psychometry is one kind of intuition that involves psychic feelings moving beyond the intuitive inner world to the outer physical world.

Psychometry is used to pick up an object and tap into its past or its owner’s past. In essence, mediums and psychics are picking up the vibrations that are embedded with the object’s history.

How is this possible? It may be due to something called the “Stone Tape” Theory. Everything is made of energy, and even inanimate objects record the energy of their surroundings. This is especially true if some highly emotional or traumatic event took place when the owner was wearing the item.

How to use clairsentient abilities is often incorporated by the art of Psychometry. Most often this happens when someone asks you to read about a deceased person by holding the deceased person’s watch, or some other personal item that belonged to them.

As you clear your mind and focus on the object, you begin to see visual images flowing into your mind. These images may present the owner’s likeness, places where they lived, what kind of vocation they had when alive, and much more.

Importantly, by using clairsentient abilities, a complete character profile of the person who owned the watch is made clear.

More importantly, by using clairsentient abilities, a complete character profile of the person who owned the watch is made clear. Psychometry, without a doubt, is an excellent way to begin a psychic or Mediumship reading.

In Mediumship, Clairsentience is the ability to become aware of a spirit presence. More importantly, this allows the medium to sense the bodily conditions, emotions, personality, and overall character of the spirit communicating to them. In other words, by using their clairsentient ability, the medium will establish a strong thread of information about the spirit.

For instance, a medium can establish what physical ailments are still part of the communicating spirit’s memory. More specifically, clairsentience causes the medium to be aware of character traits, such as stubbornness, harsh disciplinarian, an intellectual, or perhaps a loving person.

All-in-all, this creates a flow of vital information needed to develop a clear profile of the spirit.

Case in point, when I am in communication with a spirit who died of lung cancer, I feel a tightness in my chest and possibly start having trouble with my breathing.

Clairsentience, or psychic feeling, is the one extrasensory channel that’s most often linked to an intuitive physical sensation.

The focal point of clairsentience sensations is primarily in the abdomen from the top of the diaphragm to just below the navel, the solar plexus area. In other words, the solar plexus is the “master antenna” for psychic feeling.

Clairsentience is utilized in many beneficial ways.  Through the psychic sense of clairsentience, you can tune into the energy of persons, places, or events through feelings that often emanate from the gut, or solar plexus area.

Finally, Clairsentience is an essential part of Mediumship because an accurate personality profile can sometimes say far more than hard facts about the deceased such as names and the date of passing. For mediums, developing their psychic sense of clairsentience is highly recommended!

*The Stone Tape Theory is the speculation that objects have energy which is analogous to tape recordings. Often used in reference to ghosts and hauntings, I believe that the Stone Tape Theory also relates to just about any object. And, mental impressions during emotional or traumatic events are infused in the form of energy, and “recorded” into objects.

The Stone Tape Theory not only applies to inanimate objects, but also buildings, trees, and land. This is why individuals avoid specific locations due to the negative and depressive energy there.