Borley Rectory Caused Fright and Instilled Fear for Many

Borley Rectory: once England’s most haunted location, intrigues many still today. Find out about the supernatural activity at Borley Rectory reported over decades. Also, find out why an infamous ghost hunter investigated the rectory for years.

Constructed in 1863, Borley Rectory had an intimidating facade and boasted many rooms. In fact, one could safely say that the appearance of the new Borley Rectory elicited uncomfortable feelings of spookiness.

For decades to come, stories of paranormal events piqued the interest of paranormal investigators. It seems, one such ghost hunter was the infamous former journalist, Harry Price.

Clearly, whether the following stories of haunting events are authentic, you’ll have to agree that Borley Rectory certainly had it all. Its paranormal resume of phantom coaches, ghostly nuns, poltergeists, and other mysterious phenomena, would most likely be a best-selling book if all the reported activity was proven real.

Built in the 12th Century

Obviously, Borley Rectory stood near the Borley Church where locals worshipped. Allegedly, the nearby church’s the nave dated clear back to the 12th century. However, careful research revealed that no such Abby foundation existed on the site.

Every Medieval Church Has a Grisly Legend

Interestingly, local historians claim that a Benedictine monastery was built on the site around about 1362. Of note, there’s a legend attached to the monastery that tells of a monk from the monastery that had a sexual relationship with a nun from a nearby convent.

Gruesomely, the legend maintains that after the discovery of the affair, the monk was horribly executed and the nun was bricked up somewhere within the convent walls. However, no records exist to substantiate the story.

In brief, Borley Rectory’s newest house replaced an earlier rectory and later enlarged by the addition of a wing.

Significantly, the first paranormal events at Borley Rectory reportedly occurred in about 1863. Local workers heard unexplained footsteps within the house. Shockingly, on 28 July 1900, four daughters of the rector, Henry (Harry) Bull, saw a ghostly figure of a nun at twilight. The apparition disappeared as the girls moved closer.

Of note, the local organist, Ernest Ambrose claimed that the Bull family saw apparitions on several occasions. In fact, numerous other people claimed seeing a variety of startling occurrences. Most terrifying, the appearance of a phantom coach driven by two headless horsemen appeared several times.

In time, Harry Bull died and the rectory again became vacant. To add to this, in the following year, the Reverend Guy Eric Smith and his wife moved into the house. Soon after moving in, Smith’s wife, while cleaning, came across a brown package containing the skull of a young woman.

Shortly thereafter, the family reported eerie incidents. Sounds of servant bells ringing despite being disconnected, lights appearing in windows and unexplained footsteps pervaded the house. Then, Smith’s wife saw a mysterious horse-drawn carriage. Finally, the Smiths contacted the Daily Mirror asking to be put in touch with the *Society for Psychical Research (SPR).

Newspaper Catches Wind of the Happenings at Borley

Eventually, on 10 June 1929, a newspaper sent a reporter who promptly wrote the first in a series of articles detailing the mysteries of Borley. The reporter was none other than Harry Price, an infamous paranormal researcher.

Price arrives on 12 June and immediately, suspicious ghost phenomena of a new kind occurs. These events included numerous stones mysteriously thrown along with a vase and other objects. To add to this, “Spirit messages” were tapped out from the frame of a mirror. Not surprising, as soon as Price left, these activities ceased.

As a matter of fact, Smith’s wife later maintained that she already suspected Price, an expert conjurer, of falsifying the phenomena. 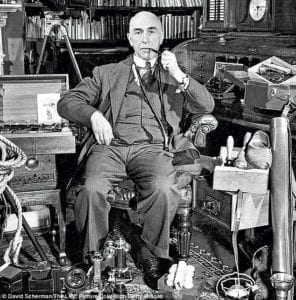 Another Family Undergoes a Haunting at Borley

The Smiths left Borley on 14 July 1929 and the parish had some difficulty in finding a replacement. The following year the Reverend Lionel Algernon Foyster (1878–1945), a first cousin of the Bulls, and his wife Marianne (Marianne Emily Rebecca Shaw) (1899–1992), moved into the rectory with their adopted daughter.

Foyster documents the accounts of the strange incidents that occurred between the time the Foysters moved in and October 1935.  Among the claims, are servant’s bells, windows shattering, stones and bottles thrown, writing on walls, even their daughter mysteriously locked in a room with no key.

At her wits end, Marianne Foyster reported  poltergeist-like phenomena. The most horrific of these events was Marianne thrown from her bed. On one occasion, it’s reported that the daughter, Adelaide, was attacked by “something horrible” although it’s not explained what this “something” was.

Foyster tried twice to conduct an exorcism, but his efforts were fruitless; in the middle of the first exorcism, he was struck in the shoulder by a fist-size stone.

Because of the publicity in the Daily Mirror, these incidents attracted the attention of several psychic researchers, who after investigation were unanimous in suspecting that they were caused, consciously or unconsciously, by Marianne Foyster. She later said that she felt that some of the incidents were caused by her husband in concert with one of the psychic researchers, but other events appeared to her to be genuine paranormal phenomena.

She later admitted that she was having a sexual relationship with the lodger, Frank Pearless, and that she used paranormal explanations to cover up her liaisons.

The Foysters left Borley in October 1935 as a result of Lionel Foyster’s ill health.

Beginning in 1938, Harry Price, England’s foremost ghost hunter, spent many years investigating Borley Rectory. It started with a séance conducted on March 27th of that year, overseen by Price. The medium summoned a spirit that promptly announced that the rectory would catch fire and burn to the ground.

Exactly eleven months to the day after this dire warning, an oil lamp somehow tipped over in a hallway. The building became consumed with fire and burned to the ground as predicted.

Interestingly, at the time of the fire, credible witnesses reported seeing a ghostly figures roaming around on the grounds. Simultaneously, a frightening nun’s face was seen peering down from an upper window through the flames.

Sadly, not much of Borley Rectory remains today as the ruins were completely demolished in 1944. Furthermore, there’s been no serious documented ghost activity recorded on the grounds since then. However, visitors and ghost hunters assert that paranormal activity is indeed still seen, felt, and heard.

Later, Price’s investigation of Borley Rectory later went under severe scrutiny and some claimed he’d hoaxed much of the phenomena. 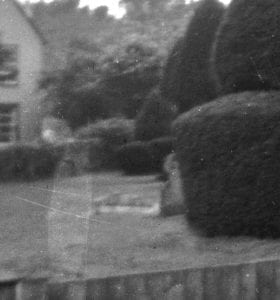 Alleged image of a ghost taken at Borley Rectory.

In Conclusion: Were the Borley Rectory Hauntings a Hoax?

*The Society for Psychical Research (SPR) is a nonprofit organization where its stated purpose is to understand events described as psychic or paranormal.