The Bell Witch is early America’s most infamous poltergeist* haunting. It’s the most chilling and documented account of a poltergeist plaguing a family that may have caused one death. An American President even visited the Bell farm after hearing about the strange ongoing events. The story goes that then President, Andrew Jackson, made a surprise visit to the Bell farm to see the Witch for himself. Interestingly, Jackson was turned away.

Who Were the Bells?

In the early 1800’s, a family by the name of Bell moved to the Red River Bottom Land in Tennessee. The family settled in a community that later became known as Adams County. It’s there that the Bells prospered and became respected members of the community.

As the story goes, one day in 1817, John Bell and his oldest son were out hunting when they encountered a strange looking dog. Shocked by the appearance of the thing which they reported to have the body of a dog and the head of a rabbit (this sounds like an *elemental), Bell shot at the animal several times but missed it. Mysterious, the animal just vanished every time Bell fire at it. Eventually, John Bell forgot all about the weird incident and went on hunting. That evening, the Bells began hearing banging sounds on the outside walls of the farm house. These mysterious and frightening sounds continued every evening after that. 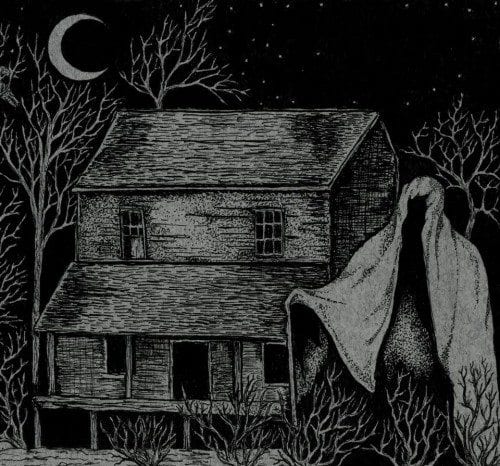 As time went on, the Bells began to hear more strange noises. Rapping, thumping noises, and now moaning, continued occurring on a regular basis. Moreover, the unexplainable sounds increased in intensity rather than diminishing.

As the phenomenon escalated, the sounds of faint whispering voices occurred in many places around the farmhouse. To add to this, what sounded like a feeble old woman crying, or singing hymns, was now frequently heard.

Frighteningly, the Bells’ youngest daughter, Betsy, began experiencing physical brutal attacks by the unseen entity. Betsy frequently had her hair pulled, was flung around, often pinched, severely scratched, and regularly stuck with pins. At times she was even beaten about the face and body. Eventually, the wrath of the poltergeist focused on John Bell Sr. and the “witch” proceeded to physically assaulted him for over two years.

On the morning of December 20, 1820, after a long battle with a mysterious condition that swelled the tongue and caused trouble eating, John Bell breathed his last breath. As family and friends began to leave John Bell’s burial site, the “spirit” laughed loudly and sang a cheerful song about a bottle of brandy. Did John Bell actually die from the “Bell Witch’s” horrible torment? We’ll never know. It is documented, however, that the poltergeist phenomena was so strong and witnessed by so many people, it’s difficult to imagine that just one person could have perpetrated such an extensive and long-lasting hoax. (See postscript below.)

In April of 1821, it’s said that the Spirit visited Lucy Bell and told her that it would return in seven years. Amazingly, seven years later the Spirit did return as promised, or so the account goes. Surprisingly, the visit centered on John Bell, Jr. The Spirit discussed with John Jr. philosophical ideas such as the origin of life, Christianity, and the need for a mass spiritual reawakening. Of particular significance, was the Spirit’s  predictions of a Civil War soon to come, World War I, the Great Depression, and World War II.

The Witch Is Finally Gone For Good

After three weeks, the Spirit bade farewell, promising to visit John Bell’s most direct descendant in 107 years. The year would have been 1935, and the closest direct living descendant of John Bell was Charles Bailey Bell, a physician in Nashville. No surprisingly, the witch never returned.

Eventually, Charles Bailey Bell wrote a book about the Bell Witch. However, it was published prior 1935 which was the promised year of the witch’s return. No follow-up book was ever released and Bell died some years later in 1945.

What’s the Real Story of the Bell Witch?

Ultimately, the poltergeist spirit which haunted the Bell family nearly 200 years ago, is believed by many to be the source of numerous strange events in the area. Some think that when the Spirit returned in 1935, it took up general residence in Adams, Tennessee, once a part of the Bell farm. Sometimes unaccountable murmurs of people talking and sounds of children playing when no one else is there. Also, taking a good picture that turns out, is difficult to do.

Some  speculate that John Bell molested his young daughter and that Lucy Bell instigated the Bell Witch story to mask poisoning him in revenge. Also, it’s theorized that both Lucy and Betsy, were responsible for the Spirit’s  activities all along. However, Betsy was so physically battered by the witch, it’s difficult to give credence to this theory or that she was involved in the poltergeist events in any way. (See the movie, “An American Haunting.”)

Also, the traumatic events centered around the Bell’s indicate that the poltergeist may well have been caused by young Betsy. The prevailing theory regarding the cause of poltergeists is that poltergeist activity usually takes place when a particular individual is present – usually young teenagers at puberty who may have emotional problems. See: Crystal Links Explanation

*”Poltergeist” comes from the German words poltern, “to knock” and “rumbling spirit” and “noisy spirit.” The supernatural being behind the physical upheaval is supposedly responsible for disturbances such as loud noises and objects that thrown around. Recorded poltergeist activity goes as far back as ancient Roman times.

Get Both Courses at a Discount Price!