Peter James Was the Best Psychic Medium I’ve Ever Witnessed!

Psychic Peter James was an amazing Medium and ghost hunter. His methods of investigation were direct, honest, and was refreshingly free of theatrics. Those who knew Peter and of his astounding work in the paranormal field, greatly mourned his loss.

Who was he and will we ever see the likes of him again?

Years ago, I enjoyed tuning in to a favorite weekly show called Sightings. It was one of the first long-standing paranormal investigative shows on TV. It was on this show that I first became aware of a psychic who often appeared on the show. His name was Peter James. I was always amazed at the high quality of his featured ghost investigations. It seemed to me this guy really knew what he was doing. Significantly, Peter would go into a location, locate the troublesome spirit(s) right away, and get names and dates. This information was usually verified later. Sightings personnel claimed Peter was never privy to where he would be going and I believe this.

In particular, I still think of a chilling but heart-wrenching episode filmed aboard the retired ocean liner, The Queen Mary I. The Mary is permanently docked in Long Beach, California. (which I recently investigated). In that episode, Peter is in the massive pool and changing rooms area. He calls out, “hello”, and this clear and distinctive little voice calls “Hello” back to him. This happened not once, but several times. I tell you guys, not much puts a chill into me, but this did. I knew it was legit! 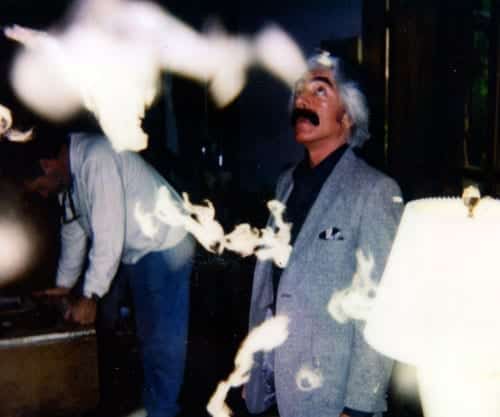 When His Psychic Journey Began

Peter began hearing and seeing ghosts as a young boy in Rochester, New York. Living with a single mother and alone much of the time, he started exploring the abandoned rooms of the apartment building. Spectral children appeared to him. When these particular appearances happened, he always noticed a strange smell of smoke.

Peter mentions in his book, “Heaven Can You Hear Me”, that he didn’t know the children were dead at the time he was interacting with them on several occasions. They seemed to him to be alive and real. It was only many years later that he learned there had been a tragic fire in the apartment building killing several children thus explaining why the children were there along with a lingering smell of smoke. Creepy.

Unlike many of us who hear and see spirits at a young age and seemingly lose the ability, Peter’s ability to see spirits stayed with him. And although he went on to live a normal life by serving in the military and working mainstream jobs, it wasn’t until in his mid-thirties that Peter began doing ghost investigations full time. When word spread of his incredible Mediumistic abilities, people started taking notice–especially in the media. Eventually, his investigations and substantial fieldwork led him to become one of the world’s foremost eventually and sought after mediums and paranormal investigators.

Peter James Was Against Harassing Spirits

Throughout his life, Peter maintained that one should never charge into an alleged haunted location and start harassing ghosts. He believed, and I do too, that earthbound spirits are people just like you and me. They happen to be stuck on the earth plane and rather than verbally berating them, to attempt to reason with them.

One way to do this is to make their situation clear to them and let them know that it’s time to move on. Believe it or not, many intelligent hauntings are by spirits who do not realize that they are deceased. The best way to deal with these spirits, according to Peter, is to try and dialog with them to get their story and to try and coax them to cross over to the other side.

Peter definitely had some strong options about ghost hunting shows of today. He believed that prior to going into a location and already labeling it as evil and or demonic, is wrong.  And, I agree with this statement. Too many times, on ghost hunting shows, investigators make a big deal about a locale being infested with demons. How do they know that before going in?

Ghost hunters on TV have a responsibility to their viewers to present the truth about hunting spirits. I feel too that it all has to do a lot with the power of suggestion. If a psychic or visitor goes into a haunted location that has a lot of negative hype attached to it, then that’s what they will perceive right away. I have gone into places with a reputation like this and felt absolutely nothing harmful! And, believe me, dark stuff is something I pick up on right way. 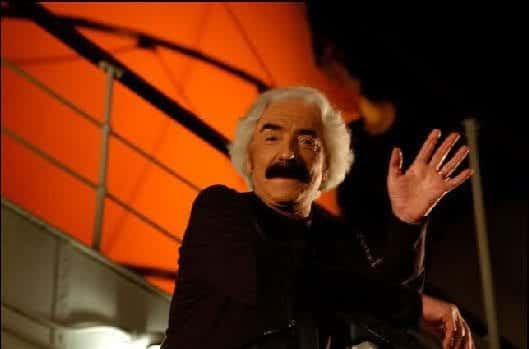 Peter was the primary paranormal investigator on the Queen Mary 1 for years!

The Star of the Queen Mary I

James spent the last years of his life doing paranormal tours on the Queen Mary. People who signed up for his Queen Mary ship tours were not disappointed with the ghostly phenomena that occurred over and over during Peter’s ghost tours.

I have to say that to me, Peter James was not a fraud or his abilities pumped up in the media. Whatever occurred during these sessions was real. I have seen a lot of psychics and mediums in my day and being a psychic and medium myself, I can sense these things. What I loved most about Peter James most was his honesty and directness. There was no histronics or face grimacing. Furthermore, the wringing of hands, crying, falling on the floor antics, and acting possessed was not his style. He just did his investigations and reported what he saw and sensed. How refreshing.

If you happen to read Peter’s book, “Heaven Can You Hear Me?,” you will read that he had some definite ideas about things paranormal and psychic. He was a bit of a maverick. For example Peter that believed that meditation and white light protection was not needed. Although I don’t agree with him on some points, I respect his right to have had his own opinion. Aside from that, I believe Peter James was uniquely gifted and will be sorely missed by many in the paranormal community!

TRAIN IN AUTHENTIC MEDIUMSHIP
Wouldn’t you love to become a brilliant Medium? You can, starting today!

CERTIFICATION AS A SPIRITUAL MEDIUM
4 Courses 30% Off

CERTIFICATION AS A PARANORMAL MEDIUM
3 Courses 30% Off