Belief in Ghosts from Ancient to Modern Times

Ghosts Have a History

Ancient Beliefs of an Afterlife

The belief in an afterlife and manifestations of spirits dates back to time immemorial. In many cultures today, a primal fear still prevails that ghosts of the dead come back and haunt the living.

Archeologists have given credibility to the idea that early cave dwellers believed in spirits of the dead. They also suggest that the cave people believed in an afterlife, evident in their wall paintings. This understanding became more apparent when it was discovered that cave dwellers buried their loved ones with tools and flowers, anticipating that they would take their possessions with them to the afterlife. Did this idea trickle down to the ancient Egyptians and other civilizations? It seems so.

How the Ancients Viewed Ghosts

From ancient times, the concept of a ghost is founded on the belief that a person’s spirit exists separately from their body and continues to exist after a person passes. Because of this idea, many societies began to devise elaborate funeral rituals to ensure that the dead would not return to haunt the living.

How Ancient Egyptians Believed in Ghosts

Harking back millennia, some ancient cultures believed that a return from the underworld brought about a ghost’s existence — case in point, the ancient Egyptians. The Egyptians of long ago were obsessed with the afterlife.

Not all Egyptians could afford the process of mummification. So, they did the next best thing. For a person’s afterlife journey to happen seamlessly, Egyptians buried with them gifts of food, flowers, and their favorite belongings. If a family didn’t perform this ritual properly, accordingly to belief, the deceased person would not reach the afterlife.

In most ancient Mesopotamian religions, including Sumer, Babylon, and Assyria, archeology suggests that people in those cultures also believed in ghosts. Likewise, there are scattered reports of ghost sightings in records of old Abrahamic beliefs. These ancient cultures similarly thought that the deceased assumed a ghostly shape as soon as a person passed away. Thus, the revenant retained the memory and disposition of the dead person after traveling to the netherworld.

Archival records also suggest that ghosts frightened the Greeks as a whole. It seems that the Greeks believed that the spirits of the dead lingered in cemeteries, which they assiduously avoided. They, too, practiced mourning the dead through communal rituals, sacrifices, and offerings out of fear that the deceased’s ghosts might haunt them.

Early on, Romans believed in two kinds of ghosts. First, there was the ‘Lemure.’ Lemure were thought to be mean-spirited ghosts that haunted people. The second category of ghosts were the ‘Manes.’ The Manes, it was believed, existed to guide and protect their living relatives. So, the Romans held Parentelia’s Festival every year to celebrate the Manes. They made offerings of foods and drink at the gravesite, or in a catacomb niche after the 2nd century AD to please the spirits. Sound familiar?

In the late Middle Ages, people started believing in a range of fearsome entities, including vampires, werewolves, and even demon-like creatures such as black dogs with red glowing eyes. They often used these evil-type phantoms to accuse others of dabbling in witchcraft, which often led to a gruesome and fiery death at stake for the unfortunate and wrongly blamed.

Ghosts and The Age of Reason

With the advent of the Age of Reason in the early decades of the eighteenth century, preoccupation with ghosts and demons diminished. The witchcraft mania which had upended Europe had begun to peter out. Instead of ghosts and devils, now was the time for scientific enlightenment. It seemed that the luminaries of the day had no time for ghosts.

Yet, for some, investigating reports of hauntings held a significant place. These documented cases involved The Drummer of Tedworth covered later in the book, the infamous case of the Cock Lane Ghost, the Dudleytown Hauntings, and the Epworth Rectory Haunting.

Ghosts and The Age of Romanticism

Before long, the age of Romanticism, starting around 1685, produced some of the most prolific poets and writers that we still read today. Simultaneously, an obsessive interest in ghosts emerged, and these literary geniuses’ telling of ghost stories became a favorite theme for this new genre of gothic writers. Primarily, these individuals included Percy Shelley, Mary Shelly, author of Frankenstein, John Keats, and Lord Byron. Not long after, American author Edgar Allen Poe wrote extensively on the macabre and featured musings on the nature of death and the afterlife. 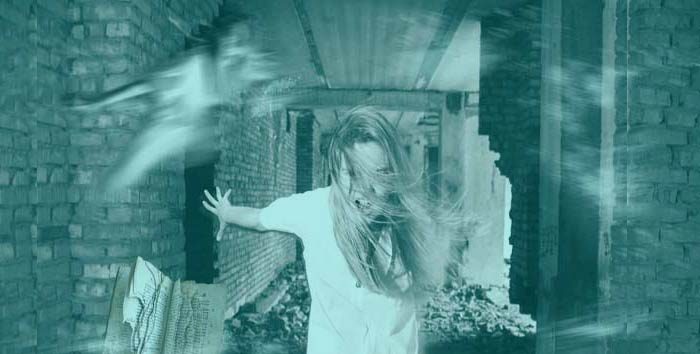 The Rise of Spiritualism in the Western World

The rise of Spiritualism and a renewed belief in the afterlife brought back the idea of ghosts. This craze was due, in part, to the Fox Sisters, Kate and Margaret Fox, who inadvertently launched the Spiritualist movement in the United States.

The Spiritualist movement quickly spread across America and then to Europe and beyond. Scores of individuals believed that the two girls could communicate with the dead. This was accomplished by spirits intelligently responding to questions with a code of the alphabet via rapping sounds. Although Spiritualism is not as prevalent as it once was, Spiritualist Churches and people who call themselves Spiritualists still exist worldwide.

A belief in ghosts was not at the forefront of the public’s awareness until a handful of ghost-hunting shows hit the scene in the early 2000s. This ignited a new rage of interest in the paranormal and a strong belief in ghosts. Slowly, individuals worldwide started ghost hunting themselves, which remains a popular pastime.

Surprisingly, in this age of technology, little has changed regarding the belief that ghosts exist and that a ghost sighting can happen to just about anyone. Furthermore, it’s been estimated that one in ten individuals will see a ghost in their lifetime.

In addition, due to the Age of Technology, some extraordinary devices are now available to document the reality of ghosts. These include Spirit Boxes, Ghost Boxes, Digital Recording Devices, and a plethora of many other excellent tools for the modern ghost hunter to utilize and aid in paranormal investigations.

From the earliest cave dwellers, to the Romans, and down the Ages of Romanticism and Spiritualism, there existed a fascination with ghosts. In my opinion, ghosts and ghostly tales will probably captivate people’s interest in some form or another for centuries to come. Whether you believe in ghosts or not, someway and somehow, they’ll always be a part of any culture’s consciousness.

GET CAROL’S BOOK, IS IT A GHOST OR SWAMP LIGHTS!
A practical Guide to Ghosts, Hauntings, Poltergeists, Urban Legends, Possessed Objects, and Haunted Relics

WANT TO LEARN HOW TO HUNT GHOSTS THE RIGHT WAY?
Become Certified as a Professional Ghost Hunter

Several buy options available including bundled! Get a 15% discount coupon. Use: onetimeoffer