The Differences between a Spirit Box and EVP Voices

The differences between a Spirit Box and EVP explain the various ways voices of spirits are captured on a digital recorder, a spirit box device, and the three classes of EVP.

If you love shows on hauntings or are interested in some form of ghost hunting, you’ll want to know all about Spirit Boxes and EVPs.

Spirit Boxes, or Ghost Boxes, are designed to specifically capture voices of earthbound spirits and spirits in the afterlife.

Standard digital recorders record voices of spirits just by turning on the device and begin asking questions. These are called EVP, or Electronic Voice Phenomena. Often voices will answer a question with a word or even a phrase. However, there’re various categories of clarity for these responses which are are listed below.

A specially designed spirit box will also capture spirit voices. However, a recording device must be used in tandem with the Spirit Box to record the voices that the Spirit Box produces. Learn more about this below.

Read next what makes a Spirit Box recording and an EVP different.

How a Spirit Box Works

A Spirit Box, also known as a Ghost Box, is a device used for contacting spirits through the use of radio frequency sweeps.  A Spirit Box can be set to scan either an AM or FM band at a rapid rate of speed. The spirit, or ghost, will manipulate the energy of these audio fragments to form words to answer questions. Answers from spirits are either heard clearly or teased out of the recording by using an audio edition program. Moreover, this process is pain-staking and highly time consuming. Without a doubt, it’s a highly exhilarating moment when intelligent responses are detected by the investigator.

The notion of using radio frequencies to enable spirits to speak is nothing new. There have been numerous pioneers in the spirit communication realm beginning with the inventor, Thomas Edison, just prior to his death.

I was a skeptic when I first saw a Spirit Box demonstrated on a TV show. I bought one out of curiosity and immediately became a fan for life. In my very first session, spirit voices coming through actually answered my questions. I knew it couldn’t be a CB radio or radio station supplying the answers. It’s impossible for radio stations or CB enthusiasts to hear my questions. Therefore, how can they give me an answer through a hacked transistor radio?

I primarily use a PSB-7 Spirit Box, but I have others boxes . I even managed to hack a few radios to sweep stations like my 12-589 Radio Shack radio and DT 200x transistor radio.

Unfortunately, hackable radios are now hard to come by as now manufacturers have virtually made their newer models unhackable.

The first Ghost Box Hack was created by Frank Sumpton in the 1990’s. Sumpton (now deceased) was inspired by a 1995 Popular Electronics article on spirit communication.  He began experimenting with EVP-Maker software. Sumpton soon invented “Frank’s Box” was the first Ghost Box hack. This radio utilized a rewired AM radio.  Others soon followed with their own version of a spirit box. The most notable, are Andy’s Box and the PSB-7 Spirit Box which is the one I mainly use.

Many Spirit Box responses and EVPs, are not “noticeable in real time. However, some responses can be heard quite clearly while recording. 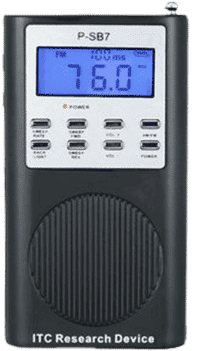 The PSB-7 Spirit Box Was Invented by Gary Galka

When his daughter tragically died in a car accident, Gary wanted a way to communicate with her in the afterlife.

As Gary is a talented engineer, the P-SB7 Spirit Box was invented and eventually became the most popular Spirit Box (ghost box) in the world. It’s small, easy to use, affordable, and beautifully captures snippets  of spirit voices.

Update: There’re a few upgrades to the P-SB7 since is was first marketed. I just ordered the B-P-SB7 model and can’t wait to get it. Most retailers sell this device anywhere from $59-$69. Some come with a separate speaker for enhanced sound. You can find this Spirit Box on Amazon, eBay, GhostStop, or any trusted ghost hunter on-line store.

I’ve recorded far more Spirit Box recordings than EVPs as I primarily use a Spirit Box while investigating. However, I ‘ve also captured several excellent EVPs over the years. 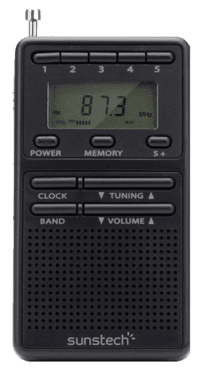 EVP stands for Electronic Voice Phenomena; voices caught on recording devices such as tape recorders or digital recorders. EVPs are spirit voices that are recorded on electrical or digital equipment outside of the range of the human auditory faculty. Most electronic or digital recording devices are wonderful for capturing EVP’s because they have the sensitivity to record sounds outside of the range of human hearing—just as dogs can hear sounds humans cannot.

Just about any kind of digital recorder works.
Important! Get the kind of recorder that you can transfer audio files to a computer or another device that can hold an audio editing program.

Electronic Voice Phenomena was the first form of spirit voice capture. EVP practically became a household name for ghost hunters due to the many ghost hunting shows that have exploded onto the scene in the last decade.

EVP’s can be recorded on any type of audio recording device. What many don’t realize is that several pioneers for attempting to catch spirits communicating started with Thomas Edison. Well into the 20th century, other paranormal pioneers such as Attila von Szalay, Freidrich Jurgenson, and Tom and Lisa Butler, carried on the work.

EVP’s do not require additional energy known as white noise to record voices from beyond the grave. However, EVPs, unlike ghost boxes, are far more elusive to capture. Some EVP’s can be quite clear but many sound like hoarse whispers, soft far-away voices. or a voice make be detected but it’s unintelligible.

EVPs are ghostly voices recorded from an environment and are not usually audible during a recording session. It’s important to understand that there are different qualities of ghost voice captures on a recording device Ultimately, an EVP classification system was thought up by Sarah Estep to separate the qualities.

Sarah Estep, founder of AA-EVP (https://atransc.org/about-aaevp/), created the Estep EVP Classification Scale. In Sarah’s model, there are 3 categories of EVP set as a quality grading standard.

Classification A: A clear and distinct voice or sound that is universally accepted and undisputed because it’s clearly understood by by all. Additionally, a class A EVP is also understandable without the use of headphones.

Classification B: A voice or sound that is distinct and fairly loud. This class of voice is more common and can be heard by most people after being told what to listen for. It is usually audible to experienced persons who have learned the skill of listening to EVP. It can sometimes be heard without the use of headphones.

Classification C: A faint or whispery voice or sound that can barely be heard and is usually unintelligible. Most investigators initially disregard this class of EVP, but some save the voice clip for re-examination later.

Here are two examples of EVPs I captured on a Ghost Tour of the Queen Mary Ocean Liner docked in Long Beach, California. We were making our way into the bowels of the ship and I had my digital recorder on. Surprisingly, I inadvertently captured these EVPs.

A female spirit says,” Sinking!” These are a class A. EVPs. Listen to a spirit who immediately replies to her statement just afterwards.

A male spirit replies to the female spirit above who said, “Sinking”. Clip captured in the boiler room area. At seventeen seconds,”She’s not sinking!”

Get Both Courses at Discount Price

Get Certified As a Paranormal Investigative Medium