Skip to content
Home/Ghosts & Hauntings/Do You Have a Negative Spirit Attached?

Do You Have a Negative Spirit Attached?

Spirit Attachments Are a Real Phenomenon

Definition of a Spirit Attachment:

Specifically, a spirit attachment is an “intelligent” disembodied human spirit that has attached itself to a living person’s energy field also known as the aura. Moreover, Attachment spirits refuse to surrender to the death experience and want to continue certain behaviors they practiced in life. To add to this, spirit attachments search for a vulnerable human candidate they cling to for “living” vicariously through that person.

Spirit Attachments are Sneaky and Hardly Ever Detected

Importantly, attached spirits are subtle. Not visible, physically felt, or auditory, it’s hard for people to believe they have an attachment until things get unbearable.

More importantly, it’s been speculated by experts in Spirit Attachments, that at least 75% of individuals in the U.S. have suffered from a spirit attachment at one time or another.

Essentially, attachments should be considered a genuine phenomenon that need to be aggressively dealt with. Above all, attachments and symptoms of attachments could lead to all sorts of serious behavioral and physical problems if not treated.

Unfortunately, attachments can happen in early childhood. After that, when the child grows to adulthood, there may be a nagging awareness that something is not right. More specifically, as adults, they don’t know why they repeat certain harmful behaviors or addictions.

Above all, the average person, or those in the therapeutic community, often don’t recognize troublesome behaviors as originating in the form of a spirit attachment. Subsequently, the result is prescribed treatment that’s not effective.

Can Spirit Attachments Be Detected and Released?

The answer to this question is a resounding Yes! However, a qualified practitioner that specializes in spirit attachments is recommended. Indeed, purchasing an effective program for detecting and releasing any attachments, may be the perfect answer for someone troubled by attachments. 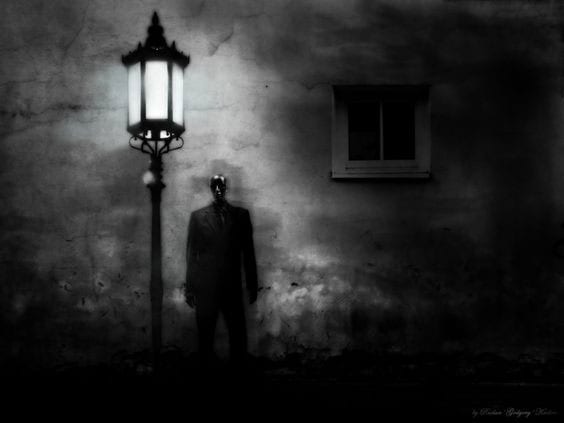 First of all, there’s a feeling that something is off. Second, behavior seems to be unusual or even obsessive. Third, one’s outlook on life may turn somewhat bleak, and possibly depression has crept in or been present for many years.

Of special note, the following information is a list of physical and mental symptoms strongly indicative of a spirit attachment. Not surprising, these symptoms might be ongoing, or there is a sudden and inexplicable onset of problems:

Importantly, there needs to be an honest assessment of one’s energy field and physical self to determine a spirit attachment is present. More importantly, if you or an individual near you suspects there is an attachment present, it’s time to take decisive action.

There are many ways to detect a spirit attachment. This can occur through:

You will be learning how to do some of the above methods in in our Spirit Attachment’s course.

Identifying What Kind of Attachment

Surprisingly, there are several kinds of spirit attachments. And, some attachments can be benign while others are evil and destructive. More specifically, purchasing the Spirit Attachments Detect and Release Course (see below), enables you to identify the kind of attachment you have in a series of easy self-tests.

Understandably, this stage could involve s a careful therapeutic releasing of the attachment. And for some, the attachment has been with them for so long, they are almost afraid to let it go. Obviously, this sounds counter-productive, but the fear of loss expressed by the victim is real. However, I assure you, that attachments do harm. Of course, victims are better served gently letting an attachment go. In many cases, multiple sessions for the releasing of an attachment are the best course of action.

*Any physical symptoms should always be checked out by an expert in the medical profession. This rules out another illness being the cause.

Dr. Edith Fiore, in her book, “The Unquiet Dead,” observed in her patients with attachments, many similarities. Firstly, they seemed to have weakened auras due to any number of conditions from taking pain medication long-term, to driving by cemeteries, to visiting friends in hospitals. And, these are not the only events that could attract an attachment.

She states, “Earlier in my book, I compared the aura to the immune system. They both protect us. Due to any number of unhealthy practices, they lower their vibration of their aura, and attachments can happen as a result.”

Fiore goes on the say that under hypnosis, many of her patients could trace their attachments back to birth, teen years, and adulthood when they were happy and well. This revelation confused her because she could find no reason for the attachment. Many patients just picked up spirits and didn’t do anything to create a vulnerability. Yet somehow, they became victims of an attachment.

In keeping with her suspicions about the immune system being the culprit, Fiore also surmises that some individuals have an inherent weakness comparable to having a genetic defect in the physical body. Fiore suspects that past lives might be the cause of having an attachment. And,though I don’t know if I agree with this, she thinks that karma may be a source in many cases.

Furthermore, she says that the persons possessed and those spirits doing the possessing may have had some kind of a link in previous lifetimes. It could even be something like a love affair that happened in past times. Additionally spirit attachments can happen from relatives that passed and wish to stay earthbound. Amazingly, they’ll attach to someone they were close to in their family with no clue that they are causing harm, or just don’t care about that person’s well-being.

As you can see, the phenomenon of spirit attachments is real. And, it can happen to anyone at any time. One of the best shields from spirits attaching is a keen awareness of what attachments are, being on guard for the symptoms, and keeping the aura and immune system healthy. If you suspect that you have an attachment, see our Spirit Attachments Release Program below. It could change your life for the better!

Finally, thank you for coming to this page. If you have questions about the Spirit Attachments Training, check out our excellent course below.

If you’re wanting to relay a lengthy experience about having Spirit Attachments or ghosts, please don’t comment it. If you like what I have to say, PLEASE DO COMMENT.

What Is Psychic Clairaudience Hearing?

Who Was Edgar Cayce?

Your coupon code is valid for