Do You Believe Ghosts Are Real? 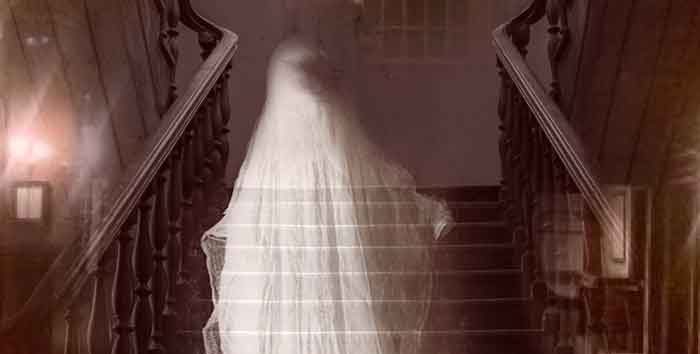 Reports of Ghosts Go Back for Millennia

Many People Scoff at the Idea of Ghosts

Are ghosts real? Essentially, there are two camps of strong opinions regarding the reality of ghosts: The believers and non-believers. There’s a lot of confusion when it comes to defining the spirit world and ghosts. But that’s nothing new. The emerging science of parapsychology attempts to provide us with solid answers, but it’s an elusive quest that’s been ongoing for millennia.

The concept of the Spirit World is an ancient one. Each new century seems to offer new insights. More pieces of the puzzle are uncovered that move us closer to a clearer understanding of the rules and boundaries of the world ghosts. And, just like any other science, standards and opinions frequently change. However, when it comes to a world that exists beyond our third-dimensional realm of sight, sound, and smell, generally shared opinions stay the same.

People who have claimed to see a ghost swear it was NOT their imagination! That includes me!

How to Define a Ghost

The Merriam-Webster Dictionary Definition for Ghosts: 2. : a disembodied soul especially : the soul of a dead person believed to be an inhabitant of the unseen world or to appear to the living in bodily likeness.

The subject of ghosts has been the topic for countless books. They almost all state that ghosts are spirits of the dead that commonly haunt their former habitats. Over time, ghosts have been termed apparitions, spirits, revenants, earthbound spirits, specters, discarnates, disembodied spirits, phantoms, and phantasms.

Because physical laws do not govern them, ghosts are said to walk through walls and can materialize and dematerialize at will. In fact, just ask any person that has seen one, and they’ll tell you, “It was there one moment, and then it was gone!”

Is It Ghost, Spirit, or Earthbound Spirit?

Nowadays, the word “ghost” is synonymous with spirit, or earthbound spirit. However, some schools of thought strongly assert that there are specific differences between ghosts and earthbound spirits.

In her book, Ghosts and Earthbound Spirits (2006), Linda Williamson emphatically states, “Most people use the word ‘ghost’ to describe any type of spirit being, but to me, there is a distinct difference between ghosts and earthbound spirits. A ghost is not really a person. It is a psychic imprint left behind in a particular place by someone who lived there or perhaps died traumatically there. An earthbound spirit, on the other hand, is a real person. It is a deceased person who should have moved on after death but remains stuck in some sort of physical environment.”

Where Ghosts Are Found

Ghosts can appear any place on Earth. They’ve been documented from the highest mountains of Tibet to the deepest jungles of South America. Ghosts can appear in any form and might be completely solid to varying degrees of transparency. They can seem to walk normally, glide, hover in the air, and even hop like the Po Ghosts of China.

Ghosts are reported to be completely solid looking, white, grey, or blue, or as dark shadowy figures. They can appear dressed as if from a bygone era to wearing modern clothing. In most instances, ghosts usually appear in human form as children or adults, but they can take the shape of an animal. Many people have even reported seeing ghosts of beloved pets.

Not All Ghosts Are Undulating Wispy Figures

Not all ghosts are undulating figures. Some otherworldly figures are seen looking as solid as you and me. Some reports even have ghosts talking with people and fooling them into thinking they are having a real conversation. Imagine their surprise when the person disappears right in front of their eyes.

Interestingly, a case in point is a ghost regularly appearing at the Devil’s Den area on the historic Battlefield at Gettysburg, PA. Although appearing scruffy and tattered, people who encounter this spirit think he’s in costume for the park. He appears and says to folks, “What you are looking for is over there,” and then points to another location. He then disappears into thin air!

Some Ghosts Love to Cause Disturbances

If a ghost is the result of a residual playback of an event, they will go about their business as they did in life and pay absolutely no attention to the people who witness them.

Whether you’ve experienced a ghostly encounter or not, 45% of Americans now believe that ghosts are real. There’s no doubt in the minds of many that these kinds of occurrences are scientifically explainable. Yet, according to Huffington Post, approximately 45 percent of Americans believe in ghosts.

Similarly, as per a P.E.W. research survey, almost one in five people, roughly 18 percent, confirming that they have had an encounter with a ghost. Simultaneously, 29 percent of the survey respondents shared that they have interacted with their deceased. Just ask a crowd of people about experiences with ghosts, and you are sure to find at least one person who’s had a firsthand experience with the paranormal.